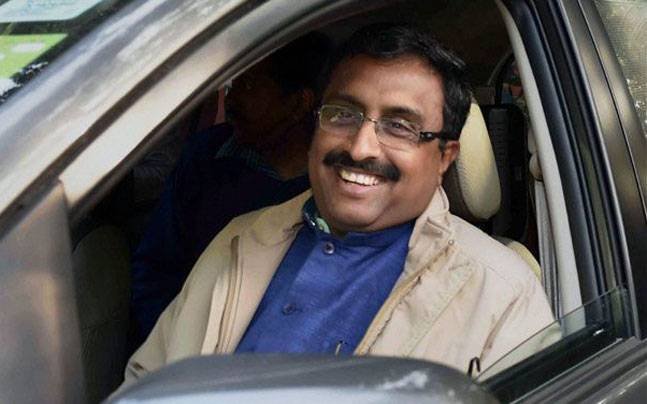 In a statement, which is likely to kick start another controversy, senior BJP leader Ram Madhav on Friday called top scientist Pushpa Mittra Bhargava a pro-naxal and political savvy. Madhav’s statement comes a day after Bhargava announced to return his Padma Bhushan award alleging that the NDA government was trying to make India a “Hindu religious autocracy”.
Eminent scientist Pushpa Mittra Bhargava on Thursday said he is returning his Padma Bhushan award. He was also joined by a group some other scientist from Hyderabad.

Bhargava, who founded the Centre for Cellular and Molecular Biology in Hyderabad, said he will return the award conferred on him in 1986 because he felt the climate in the country was of “very strong fear” and it was “against rationality, against reason and against scientific temper”. Also Read | The write to protest

“I have decided to return the award. The reason is that the present government is moving away from the path of democracy, moving towards the path of making the country Hindu religious autocracy just like Pakistan. This is not acceptable… something I find unacceptable,” said the 87-year-old scientist.

He alleged that appointments to various positions are being made with people who have some connection with RSS. Charging the Modi government with “not keeping its promises”, Bhargava said, “returning the award is the only thing I can do as a scientist”.

“BJP is a political front of RSS… master is RSS. There was a CSIR meeting (directors) wherein RSS people attended it.

Bhargava’s decision came even as he joined a second group of scientists who came out with an online statement expressing concern over “ways in which science and reason are being eroded”.

On Tuesday, a group of scientists had petitioned President Pranab Mukherjee voicing concern over incidents of intolerance, including the killing of Kannada writer MM Kalburgi, and urged him to initiate “suitable actions”.

The scientists have joined the writers and filmakers in the protest, which has been termed as a “manufactured rebellion” by the BJP-led NDA government.