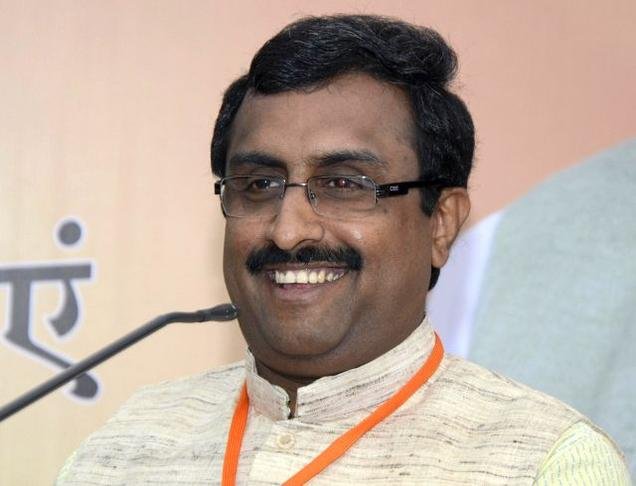 No election is won or lost because of one person, says party general secretary.

BJP general secretary Ram Madhav said on Tuesday that the party’s top priority after the loss in the Assembly poll in Bihar would be “finding the reasons for defeat, rather than blaming one person for it.”

This could mean not just an attempt to shield party president Amit Shah but also a non-confrontationist approach to all those who have criticised the party leadership.

In an exclusive interview to The Hindu, Mr. Madhav said the poll verdict was “unexpected” and “therefore it is even more important to go into the reasons for it, rather than make someone a scapegoat.”

“No election is won or lost because of one person or one reason alone, the reasons have to be gone into, the rest of it [taking action on rebels] will be done later,” he said.

Mr. Madhav said that while the criticism of veterans like L.K. Advani, Yashwant Sinha, Murli Manohar Joshi and Shanta Kumar was going to be taken on board, it needed to be emphasised that “political parties fight elections to win and not lose.”

“In victory and defeat, people will express feelings and opinions. Having said that, we fight elections to win, and not lose them, so everyone puts his best foot forward. Therefore people expressing criticism should also keep that in mind,” he said.

“In the last 60 years, we have fought many elections. Some we have won, some we have lost. It doesn’t mean that the ones we lost hadn’t been fought sincerely,” he said.

Mr. Madhav said “the question of Mr. Amit Shah’s continuation in the post of BJP president is delinked from the result in Bihar.”

“The process of organisational polls in the BJP is on as per the timetable for such things. That has nothing to with Mr. Amit Shah’s status as BJP president,” he said.

He also said that while the poll loss was significant, in that “Bihar is an important State,” the assertion of Assam Chief Minister Tarun Gogoi and Uttar Pradesh Chief Minister Akhilesh Yadav that there was a need for a Mahagathbandhan in their respective States was the real takeaway of the polls.

“In Assam [a State for which Mr. Madhav is in charge], the Chief Minister has already said that he is willing for a Mahagathbandhan-like alliance of all who oppose the BJP. Let them try. I look at it as an admission that he is nervous that he ma

He refused to comment on whether a chief ministerial candidate would be projected for Assam, after much criticism was heaped on the party for not projecting a local face in Bihar.

“Each election is different. We have a different road map for Assam that has been set in motion three months back,” he said.

The party has inducted rebel Congress leader Himanta Biswa Sarma into the BJP and the NDA government has also pushed through measures to enable Hindus who have migrated from Bangladesh to acquire Indian citizenship. The party has managed to better its record in local polls in the State.