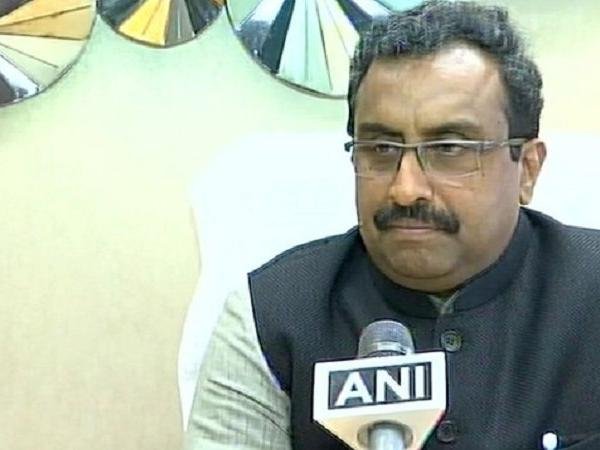 BJP general secretary Ram Madhav has said that the SC should fast-track the Ram temple case. He insists that the temple should be built at the same site that the BJP has been demanding for decades now.

New Delhi: BJP general secretary Ram Madhav has said that the party will likely look for ‘other options’ if the Supreme Court does not fast-track the Ayodhya case now.

Speaking to ANI on Wednesday, he said “The option of an ordinance has always been there but right now the matter is before the Supreme Court and the Supreme Court has given January 4 as the date to decide about the next bench”

He further said that “we are hoping that in a very fast-track way the SC will take up the matter and conclude it early. If that doesn’t happen, then we have to look for other options. That the Ram Temple should be built at Ayodhya is a commitment that BJP has supported for 20-30 years ago.”

The apex court is scheduled to take up the Ram Janmbhoomi-Babri Masjid case next week, along with a hearing on the PIL questioning the delay in adjunction in the matter.

The Babri Masjid was demolished on 6 December 1992, by a group of charged Hindu activists who claimed that the said mosque was constructed by Mughal Emperor Babur on the ruins of a Ram temple that was demolished to make way for the mosque.

In September this year, the apex court, while ruling on a separate case, had said that the mosque was “not integral to Islam”, sparking off the increased demand for construction of Ram temple in Ayodhya.