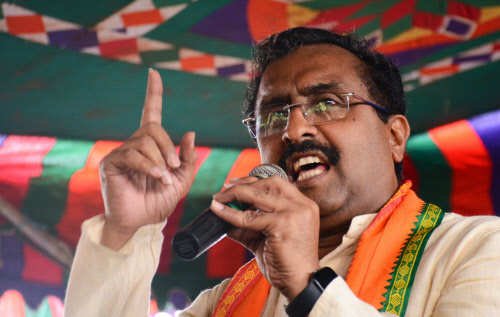 NEW DELHI: BJP general secretary Ram Madhav said on Wednesday that Pakistan Prime Minister Imran Khan teaching India on how to deal with minorities is like a “demon preaching the Vedas”.

“The minorities have been totally vanquished there (in Pakistan). At the time of independence when Pakistan was formed, there was 9-10 per cent Hindu population there. But now there are less than half per cent Hindus in Pakistan. Where have they all gone,” asked Ram Madhav.

“While in India minorities lead a good life and their population is increasing each year. They enjoy all kinds of rights here and have become President and Chief Justice also,” said Madhav while speaking to ANI.

Imran Khan had earlier said that giving equal rights to the religious minorities is the cornerstone of the vision of Pakistan’s founding father and that the country will show the Modi government how to treat these groups.

Imran’s remarks were heavily criticized in India, with several political leaders asking Pakistan to mend its own affairs before lecturing other nations.