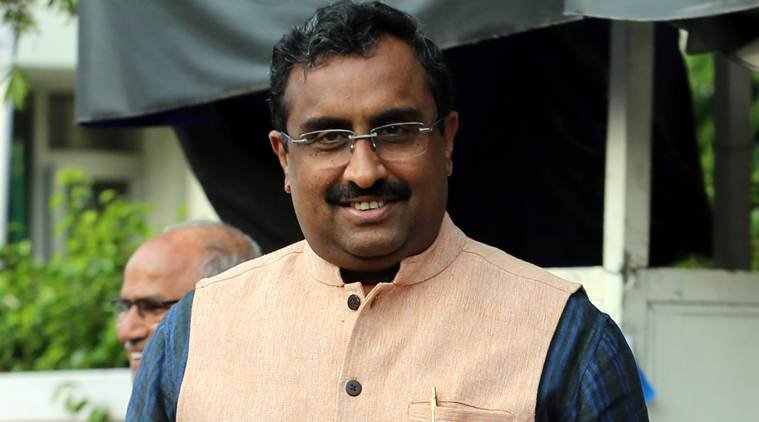 At least 37 CRPF personnel were killed and 10 injured, five of them seriously in the single worst terror attack in the Valley when a suicide bomber rammed his Scorpio SUV laden with explosives into a CRPF bus in south Kashmir.

Amidst call for retaliation for the Pulwama terror attack Thursday – in which at least 37 CRPF jawans were killed – BJP general secretary Ram Madhav said the immediate priority for India would be to make Pakistan accountable for the attack.

“The immediate priority will be this – how will you make Pakistan accountable for what happened,” Ram Madhav told The Indian Express. “For that, whatever steps, tactically strategically and diplomatically, should be taken,” Madhav, BJP in charge of Jammu and Kashmir said. Pulwama terror attack LIVE updates

At least 37 CRPF personnel were killed and 10 injured, five of them seriously in the single worst terror attack in the Valley when a suicide bomber rammed his Scorpio SUV laden with explosives into a CRPF bus in south Kashmir. The Jaish-e-Mohammad claimed responsibility for the attack and identified the bomber as 20-year-old local resident, Adil Ahmed, from south Kashmir’s Pulwama district. As condemnation poured in from all quarters, Prime Minister Narendra Modi promised that the “sacrifices of our brave security personnel shall not go in vain” while Union Home Minister Rajnath Singh, who named Pakistan, said a “strong reply” will be given. The Prime Minister chaired a cabinet meeting on security at 7, Lok Kalyan Marg attended by Rajnath Singh, Defence Minister Nirmala Sitharaman, External Affairs Minister Sushma Swaraj, Finance Minister Arun Jaitley, the NSA and other officials. 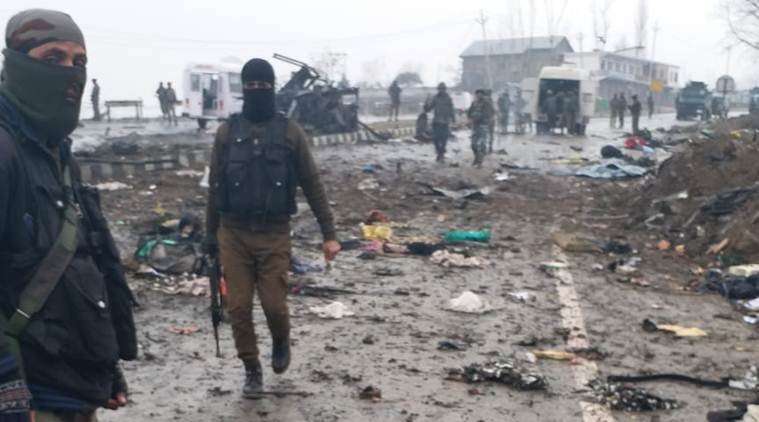 In a statement, the Ministry of External Affairs said: “The Government of India is firmly and resolutely committed to take all necessary measures to safeguard national security. We are equally resolved to fight against the menace of terrorism. We demand that Pakistan stop supporting terrorists and terror groups operating from their territory and dismantle the infrastructure operated by terrorist outfits to launch attacks in other countries.”

The United States asked Pakistan to immediately end “support” and “safe haven” to all terror groups as it strongly condemned the attack. Meanwhile, Pakistan said it strongly rejects “any insinuation by elements in the Indian media and government that seek to link the attack to Pakistan without investigations.”

Condemning the attack, a statement by the MEA said, “We strongly reiterate our appeal to all members of the international community to support the proposal to list terrorists, including JeM Chief Masood Azhar, as a designated terrorist under the 1267 Sanctions Committee of the UN Security Council and to ban terrorist organisations operating from territories controlled by Pakistan,” the MEA said — this was a reference to China blocking the listing of the Jaish-e-Mohammed.

Azhar was released by the Atal Behari Vajpayee government in December 1999, along with Mushtaq Ahmed Zargar and Omar Sheikh, in exchange for the release of the passengers of the hijacked Indian Airlines flight IC-814.Delhi’s attempts to list him at the UNSC have been repeatedly blocked by China.

The most recent effort to list him as a “global terrorist” at the United Nations Security Council (UNSC)” began after India blamed Jaish for the attack on the Indian Air Force base in Pathankot on January 2, 2016. India put forward a proposal in February 2016 to designate Azhar as a terrorist under the aegis of the UNSC 1267 committee. China intervened at Pakistan’s behest and placed a technical hold on India’s move in March 2016, and again in October 2016. It subsequently used its veto power to block the proposal in December 2016, a day before the technical hold ended.