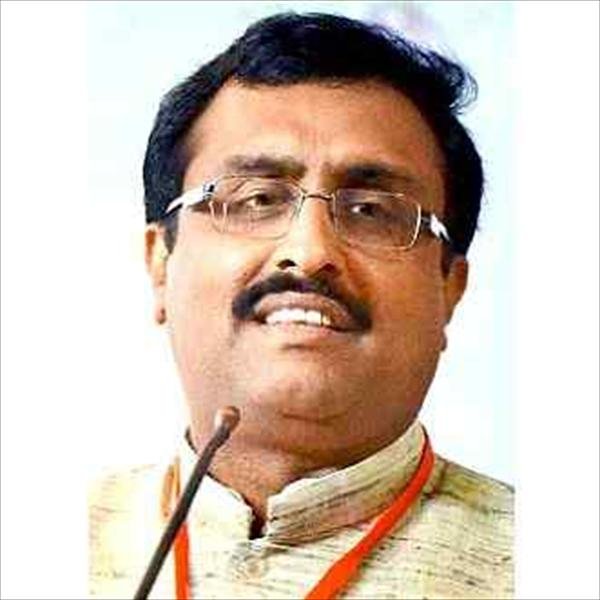 Srinagar: The National General Secretary of Bharatiya Janata Party (BJP) Ram Madhav on Saturday said that Prime Minister Narendra Modi is coming to Jammu and Kashmir with a message for youth.
Ram Madhav, who chaired a special meeting of the BJP leaders here, reviewed the arrangements being put in place to facilitate Prime Minister’s Srinagar visit and urged the party leaders to gear up for the big event.
All top BJP leaders, including state BJP president and MP Jugal Kishore, General Secretary Organization, Ashok Koul, BJP ministers, Chandra Parkash Ganga, Priya Sethi, party spokesman Khalid Jehangir, state vice-president G M Mir, Darkshan Andrabi, Arif Raja, Moti Koul and others attended the crucial meeting.
Madhav stressed on the BJP leaders to ensure that Prime Minister’s rally in Srinagar turns out to be a grand success and they should ensure participation of youth in the rally.
Participants assured Ram Madhav that all the efforts would be put to ensure the participation of youth in the rally.
Madhav told the BJP leaders that it’s their duty to make people aware about the Prime Minister’s initiatives and his message of peace, prosperity and development should reach everywhere. “We have to strengthen the hands of the Prime Minister. The BJP leaders in JK need to put in all the efforts to reach out to the people and see to it that their grievances are addressed without any delay,” Ram Madhav said. (CNS)