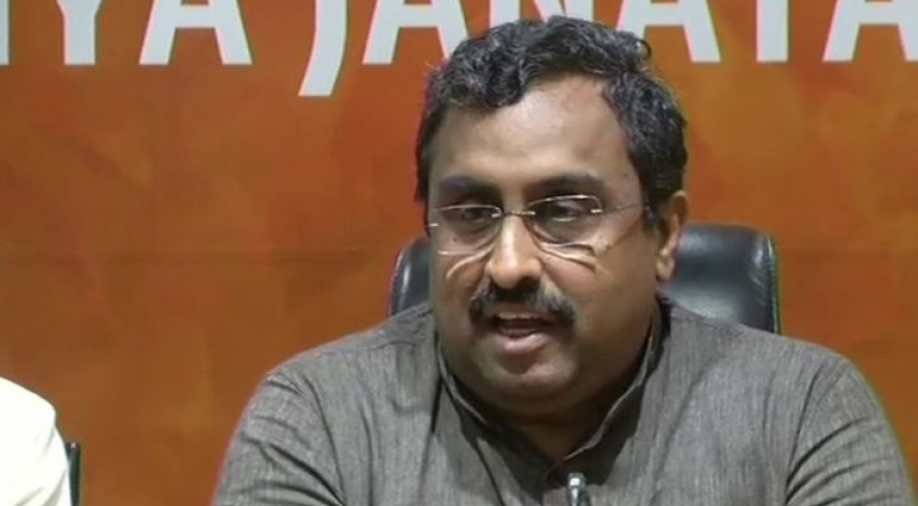 BJP’s national general secretary Ram Madhav on Thursday said that there can be no better BJP candidate to fight Congress leader Digvijaya Singh from Bhopal other than Pragya Thakur.

“The decision is taken by Madhya Pradesh unit. She is probably right challenger for a person like Digvijay Singh who is largely responsible for propagating the dubious and mischievous idea of Hindu terror in this country. He needed a proper challenger,” Madhav told media.

The BJP leader added that the party cannot be questioned “on the constitutional validity of putting up a candidate who has just allegations against her,” ANI reported.

Sadhvi Pragya Singh Thakur, who is facing trial in the 2008 Malegaon blast case, joined the BJP on Wednesday. Later in the day her name emerged in the party’s list of candidates – Thakur has been fielded from Madhya Pradesh’s Bhopal Lok Sabha seat.

“I will contest the election from Bhopal and win. Former chief minister Shivraj Singh Chouhan is with me,” Thakur said, speaking after emerging out of the BJP office.

Thakur had recently said she was ready for a “Dharm Yudh”.

“I am ready to take on Digvijay Singh if the sanghatan (organisation, apparently referring to the BJP) asks me to do so,” Thakur had told PTI last month.

Born in Bhind district of Madhya Pradesh, Thakur has had a long association with the Sangh parivar.

Arrested in the 2008 Malegaon blast case, she was given a clean chit by the National Investigation Agency (NIA), but the trial court refused to discharge her from the case.