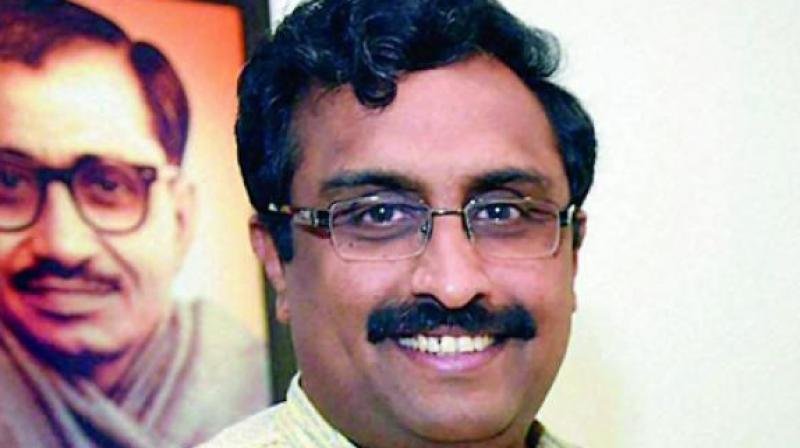 Hyderabad: BJP national general-secretary Ram Madhav on Saturday said that the party has drawn up state-specific plans to grow both in TS and AP.

Stating that there is a political vacuum on account of shrinking of Opposition parties, he said that the party has concrete plans to bag more number of Lok Sabha and Assembly seats in the two states. Denying reports that he will be soon be inducted in the Union Cabinet, the BJP leader said a new party president will be appointed for its AP unit soon.

“I don’t want to be a mantri in the Union Cabinet. As of now, I am  the ‘maha mantri’ of the BJP (general-secretaries are called maha mantri in BJP parlance) and will work for strengthening the party,” Mr Madhav said.

He said there are plans to strengthen the party in all the states abutting the coast, from Kerala to Kolkata. Replying to a question he said not granting of special status to AP will not impact the BJP’s growth in the state. He said that the party will go all out to reach the people based on the performance of the Central government and its pro-poor schemes.

Mr Madhav said there was no truth in the reports that the TD will move away from the BJP in AP. “Including granting special status to AP, the Central government is committed to implement all the promises it made to AP,” he said.