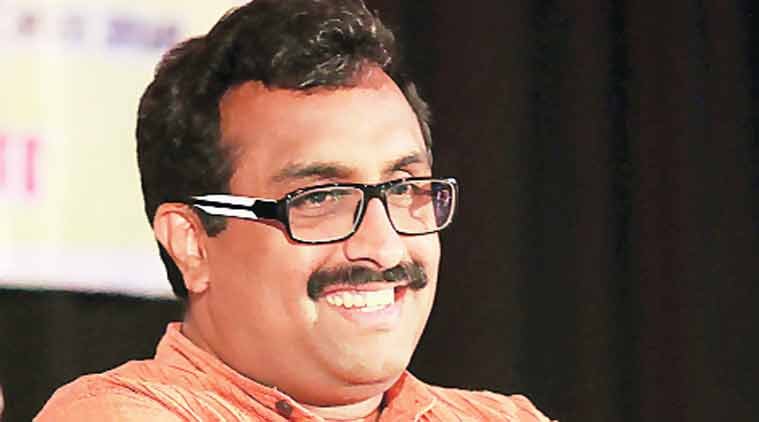 P Vaidyanathan Iyer retraces the negotiations that went into the BJP-PDP alliance in J&K, how two men worked out much of the deal and became friends in the process, and how they overcame stumbling blocks at the last moment

March 8, 2015. Separatist leader Masarat Alam is released by the Jammu and Kashmir government. Prime Minister Narendra Modi is upset, angry that he was not in the loop. He tells an agitated Parliament he doesn’t know what is happening in J&K. North pole did meet the south pole, as J&K Chief Minister Mufti Mohammad Sayeed described the coming together of the BJP and the PDP. But the partners in the alliance were repelling each other in just about a week since Mufti’s swearing-in as chief minister on March 1.

Cut to January 1, 2015. New Year celebrations are on at picturesque Gulmarg, a hill station in the Valley’s Baramulla district. It’s been a little over a week since the PDP bagged 28 seats in the J&K elections, making it the single largest party but hardly enough to form a government, particularly with a negligible presence in Jammu. At 79, Mufti, a politician of almost six decades, knows it is his last chance to leave a legacy behind. He is also acutely conscious that he can’t be immune to history, how future generations will judge him. Haseeb Drabu, an economist and a former J&K Bank chairman who won on a PDP ticket from Rajapora, is sitting with Mufti in the skiing resort when he overhears his name being mentioned at the end of a conversation Mufti is having with someone over phone. Even as Drabu wonders what the context is, Mufti asks him to travel to Delhi the next morning. “You will know whom to meet and what to do when you land at the airport,” is the terse brief. Drabu, 54, nods dutifully.

January 2. Drabu, a sympathiser of JKLF earlier, is nothing less than a hardliner in J&K, but at the same time committed to a democratic agenda. He will never agree to excluding the Hurriyat from talks to resolve the Kashmir issue, and this hard stance will almost almost break the alliance just when it is about to be cemented (more later). Completely unaware what lies ahead, Drabu reaches Delhi.

On landing, he receives a call and is given directions to a particular location, where he is to meet someone — who will remain unnamed. That person, after a brief talk, asks him to go to Mumbai, again giving no further information about who will call on him in the financial capital, territory Drabu is familiar with. It’s all cloak and dagger. As Drabu lands at Chhatrapati Shivaji Airport, he gets a call: “Drabuji hai aap?” He is directed to a certain place.

Here Drabu is sized up by Avinash Rai Khanna, BJP MP from Hoshiarpur and in-charge of Jammu & Kashmir. Almost 2,000 km from Jammu, nobody gets to identify them in this small hotel. Late in the night, Drabu for the first time meets Ram Madhav, who was earlier RSS spokesperson earlier and is now national general secretary on loan to the BJP. The alliance talks begin, unofficially. They meet for the second time over breakfast the next morning. Madhav and Drabu get to know more about each other, and go on to negotiate the terms of the alliance over the following 55 days. 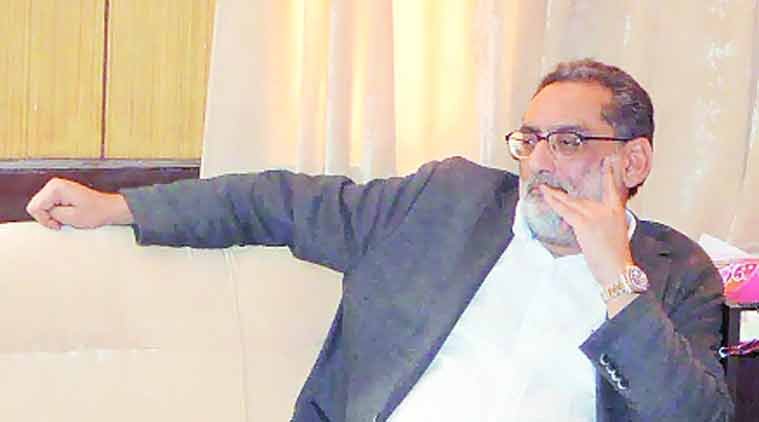 15 meetings @ 3-4 hours
Madhav, a diploma holder in electrical engineering who dropped out of a Bachelor’s programme to be an RSS pracharak before he turned 20, and later did a Masters in political science from the University of Mysore, was in a more delicate position than Drabu since he had no single boss. Drabu reports just to Mufti, but Ram Madhav has to keep the Parivar in the loop, update BJP president Amit Shah on crucial positions, take Finance Minister Arun Jaitley’s advice, and at the last stage get Prime Minister Narendra Modi on board. He is said to have jokingly likened himself to Draupadi (she had five husbands) and Drabu to Sita.

Immediately after that breakfast meeting on January 4, Drabu wrote the first draft. This proved to be quite strategic because it would become the skeletal framework for the alliance’s common minimum agenda (CMP). But it is Madhav, who was closely involved in the BJP’s Mission 44+ election agenda for the J&K assembly, who deftly and painstakingly worked and reworked the draft along with Drabu into the desired shape. He would make the right interventions that would help both parties look like winners.

Madhav, 51, will surely have known that a perceived ‘sell-off’ would erode his political capital, so assiduously built over the last 30 years. He will have also been aware that political baiters would crucify him if the CMP left an impression that ideology had been sacrificed at the altar of power. Though confident that the alliance would give BJP the much-needed foothold in J&K and go a long way in removing the tag of a pariah in future political combinations, Madhav was not taking any chances. He met Mehbooba twice — in Jammu and Delhi — to get a sense of her view on the alliance. He also interacted with Mufti, who would later describe the CMP as the second instrument of accession. “The first was de jure accession. This is de facto,” Mufti is said to have observed after reading the CMP twice over.

Madhav did not want Drabu be made a scapegoat either. For his part, Drabu met Jaitley who, with his legal understanding and political acumen, helped smooth the rough edges. Madhav and Drabu themselves met 12 to 15 times in Jammu, Delhi and Mumbai, with talks often stretching late into the night. They discussed not just J&K but also a Vision for India during these structured meetings. And during casual meetings at the Delhi and Mumbai airport lounges, and their favourite joint Sagar Ratna in New Delhi’s The Ashok, they talked more mundane issues and became friends. These days, they call each other, if not for anything else, then just to know which part of the world they are in.

Pressure points
There were many, but the principal ones were western Pakistan refugees, talks with the Hurriyat, withdrawal of AFSPA or Armed Forces (Special Powers) Act, delimitation and Article 370 that gives J&K a special status. Alliance building, both Madhav and Drabu knew, was always going to be tough. They settled much of the CMP between them but left the very contentious issues for the leadership to finalise.

The BJP’s J&K unit would sit at Madhav’s office, giving him inputs on the CMP. Giving citizenship rights to western Pakistan refugees was a highly emotive issue for the BJP, earlier raised even by veteran leader L K Advani. Here, the BJP may appear to have ceded some ground, but the fact is it requires a constitutional amendment with the support of at least 60 MLAs, and the allies account for only 45. The PDP too reckons that western Pakistan refugees are a genuine grouse. But going the whole hog in the current situation would have opened a Pandora’s box.

On AFSPA, it may seem the PDP has yielded. Here the Delhi assembly election results on February 10 prompted the BJP to harden its stance. The party had initially agreed on removal of AFSPA but, having lost in Delhi, the overall sentiment was to revert to its core positions on larger issues. AFSPA was not a point of difference initially. It was part of the draft seen at the highest levels. The BJP brought it in only towards the end, for it did not want to be seen as having made concessions. While Mufti was keen that AFSPA be withdrawn from the state in less than a year, the CMP leaves it on the central government — meaning the Army, the political leadership — to take a final call on its continuance.

Even on Article 370, which the BJP always wanted to be abrogated, the CMP is cleverly worded. It avoids a direct mention and states that the present position on all constitutional provisions pertaining to J&K would be maintained.

MAKE OR BREAK
February 26-27. Midnight at Jaitley’s office at North Block, Raisina Hill. With the BJP and PDP leadership on the same page on the CMP, the only outstanding issue towards the end related to talks with the Hurriyat. Mufti was scheduled to meet Modi on February 27. Madhav and Drabu were with Jaitley to get the draft vetted so that Modi and Mufti could meet the following morning. Both Modi and Mufti were clear they would not discuss any outstanding issue. They would only exchange pleasantries and talk weather. All issues, including the alliance’s position on the Hurriyat, were to be resolved before they met. Amit Shah and Modi were quite clear the central government would not talk to the Hurriyat. But Mufti’s brief to Drabu was precise. Talks with the Hurriyat had to find space in the CMP. An attempt to connect Jaitley with Mufti to resolve this issue was also made after midnight. They couldn’t connect.

After this, Jaitley proceeded to meet Shah. Madhav and Drabu were stranded outside North Block. As far as they were concerned, they had decided to remain friends, even if they had to walk out of the alliance, because neither was under compulsion to make the alliance. This was around 1 am.

Then a way out emerged. The words “…including the Hurriyat” were inserted in the CMP, but in the context of A B Vajpayee whose government had initiated a dialogue with all political groups, including the Hurriyat Conference. Madhav had risked walking the extra mile to get the alliance going.

Drabu left in the morning to Jammu and got Mufti along with him the same day. Modi met Mufti. They spoke for 45 minutes one-on-one. No winners and losers. There are benefits: for the BJP in the long term, for the PDP in the short term. The BJP gets to become a mainstream party in J&K, the PDP gets to work for its people and remove the perceived sense of distrust for the valley’s Muslims in Jammu and elsewhere in the country.

Drabu and Madhav will remain friends, in the alliance.