(The article was originally published by Indian Express on March 16, 2022. Views expressed are personal.)

In elections these days, the BJP comes in with some constants. First, is the Modi factor. With unmatched levels of popularity defying conventional political incumbency, Prime Minister Narendra Modi has emerged as a juggernaut, carrying the party on his shoulders across every election. His popularity is not merely because of personal charisma, but a result of his governance and politics. His seven years of governance has to its credit many initiatives that helped all sections of Indian society, especially women, the youth, the downtrodden, SCs and STs. Tens of millions of beneficiaries of these initiatives started speaking up in elections.

Modi, although a towering personality, maintained the demeanour of a caring father figure. In him, people see a doting elder, who not only takes care of their daily bread but also cares for their children’s education and elders’ healthcare. Modi did not use any third party as a medium to communicate with people. Instead, he directly talked with them and, more importantly, listened to them. This connect — political and personal — that Modi established with millions of countrymen will remain a formidable constant for many years to come.

Another constant for the BJP is its organisational network. Since the 2014 parliamentary election, the party has substantially grown in organisational strength, the credit for which should go largely to Amit Shah. I had the opportunity to work under him as a general secretary and have first-hand knowledge of his unquenchable thirst for greater expansion. If the party today boasts of unprecedented victories not only in Uttar Pradesh and Uttarakhand, but in Manipur and Goa as well, where it secured a simple majority on its own for the first time, the contribution of the party network, right down to the polling station level, cannot be underplayed.

The third constant is the BJP’s cultural nationalist political philosophy. Critics brand it as hate and majoritarianism. Identifying it with Hindutva, they bemoan that India was becoming a “Hindus First” country. Hindutva or cultural nationalism is neither majoritarian nor hate-mongering. It is the quintessential civilisational soul of India. It resonates perfectly with the beliefs of the people of our country — hence, they identify with it.

Leaders like Tilak and Gandhi understood this cultural inner soul well and effectively nurtured it during the independence struggle to the chagrin of Jinnah, who branded the Congress a Hindu communalist party. Nehru was opposed to this idiom, but not his daughter. Those who crib about Modi visiting temples as a “religious spectacle” conveniently forget that Indira Gandhi used to regularly visit temples and saints. Her closeness with the controversial guru Dhirendra Brahmachari or her famous visit to Devraha Baba or her conspicuous display of religious symbols, like the rudraksha mala, are all well-known. Prime Ministers Narasimha Rao and Deve Gowda never hid their religiosity either. It is another matter that there was no extensive media coverage in those days, nor was there a despondency-driven intellectualism.

These constants leave opposition parties bewildered by the BJP. They find it increasingly difficult to take on the BJP on its constants — leadership, party organisation and political philosophy. Some have attempted to ape it by chanting mantras and flaunting the janeu, but when the much better original is available why would people fall for the fakes?

That leaves the opposition with only one window, that of an important variable — the state leadership. Where the performance of the state-level leadership comes under scrutiny, the opposition can jostle for space by projecting better leaders with a proven track record of incorruptibility and administrative efficiency. On that, Modi and the BJP too put their leaders on a tight leash. Modi’s “double engine” formula is not merely rhetoric. It puts a lot of burden on chief ministers to perform.

Where the BJP leaders delivered on good governance, the results were overwhelmingly in their favour. Take the case of Yogi Adityanath in UP. Riled and ridiculed by many for his ochre robes, he proved himself in five years to be a clean leader, efficient administrator and development-focused and people-friendly chief minister. In front of the MY — Modi-Yogi — double engine, Akhilesh’s vintage MY politics didn’t stand a chance.

I wish to make a special mention of the remote Northeastern state of Manipur, beset with many geographical, political and law-and-order problems. The BJP never had any steady presence in the state until it sprang a surprise by winning 21 seats and forming the government with its allies in 2017. In the last five years, Chief Minister Biren Singh has invested his power and credibility heavily in addressing challenges plaguing the state for decades. He ended the hills-valley divide, made all sections — Naga, Kuki and Meitei — equal stakeholders, and ensured that no blockades would bother the state by building strong ties with his neighbours in Nagaland. For the first time, the CMs of Nagaland and Manipur had an across-the-table meeting in Imphal. The result was that the BJP romped home with a full majority in Manipur.

These constants and variables together have made the BJP an unstoppable political force. The new politics of performance that Modi has introduced is going to put opposition governments through rigorous tests in future elections. Contrary to the criticism by some, it actually promotes democracy with accountability in Indian politics. It is intellectual bankruptcy to describe the failure of the opposition as a weakening of democracy. By that barometer, Nehru’s years should be called the most autocratic years. The BJP stands today where the Congress was in the initial decades after independence. It took decades for smaller parties to come together and challenge the Congress then. It will take similar efforts and time for the parties to pose a challenge to the BJP now.

But there is one qualitative difference: Modi has raised the bar very high in Indian politics. Opportunistic alliances are not going to work anymore. Performance and perception — for the ruling and opposition parties — are going to determine electoral fortunes in the future. Rather than complaining in sophisticated vocabulary about morality, democracy, etc, the intellectuals should nudge the political establishment towards credible politics based on performance and “for-the-people” perception, not “for-the-family” perfidy. 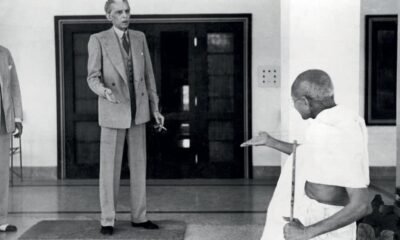 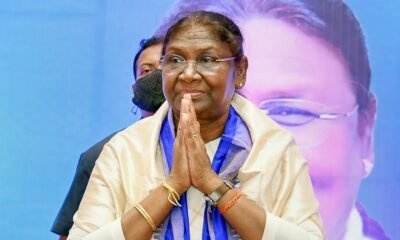 Droupadi Murmu, a president for our time