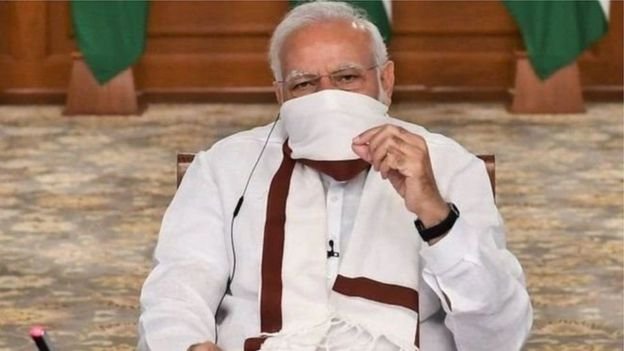 At the dawn of the enlightenment era in Europe, traditionalists were divided into two camps. One camp believed that universal laws are unchangeable and hence they should be considered supreme. The other camp of traditionalists insisted that since god is omniscient and omnipotent, only he is supreme. This second camp had spearheaded the anti-enlightenment campaign and become anti-West and anti-modernity. The West and modernity are not the same. But traditionalists continued to reject both because they are seen as going against their belief of the omnipotence of god. Such orthodoxy can be found in eastern religions too, but they largely believe in the omnipresence of the divine. Hence, they regard universal laws to be divine also.

In the present coronavirus pandemic context, I am invoking this to highlight “God will save us” propaganda of some ill-informed religious leaders. The challenge today is not in tracking down Maulana Saad Kandhalvi, the head of the Tablighi Jamaat’s Nizamuddin Markaz. The real challenge is to encourage an unknown number of participants at the Markaz event in March who are hiding in different places, including in some mosques, to come forward. Several of them are foreigners. A number of participants at the Markaz tested positive and are undergoing treatment. But the remaining ones, who refuse to come out for voluntary testing, are a threat not only to themselves, but to the community and beyond.

Besides the misplaced orthodoxy of the omniscience and omnipotence of god and the propaganda of a conspiracy against Islam, the other factor that is preventing these participants from coming out is the stigmatisation of the coronavirus disease (Covid-19). But this is misplaced. It is just a virus for which the vaccine is yet to be found.

Stigmatisation in the individual context will result in suffering for the individual. But if the stigma is extended to a community or a religion, it leads to larger consequences. Recall what happened in Italy. The initial stigmatisation of the Chinese as the carriers of the virus led to a reaction among the liberals of voluntary hugging and deliberate intermixing with the Chinese. The mayor of Florence, Dario Nardella, launched a “Hug a Chinese” campaign on February 1. While there is no conclusive evidence to show that the campaign was responsible for the rise of Covid-19 in Italy, it was an ill-conceived campaign at a time when social distancing should have been the norm.

There will be a conservative reaction to stigmatisation too. If a community is blamed for it, then the reaction would be further ghettoisation. The radicals will get an upper hand. Those trying to communalise the discourse must understand this. What Maulana Saad did was akin to what Dario did in Florence. Around the time that the Markaz event was being held, people had voluntarily refrained from celebrating the most boisterous of all festivals like Holi. Prime Minister Narendra Modi had taken the initiative of cancelling Holi celebrations at his residence. Many other festivals such as Baishaki, Bihu and Vishu were all converted into private events. The Rashtriya Swayamsevak Sangh (RSS) cancelled its annual conclave of over 1,500 delegates in the second week of March for the first time in its history. But Maulana Saad decided to go ahead, and his decision had consequences.

His thoughtless actions are what the majority of Indians are condemning. Efforts are on to locate and encourage the participants and those who subsequently came in contact with them to come forward for voluntary testing. Just as the Markaz and Maulana Saad don’t represent the entire Muslim community, a few reckless rants spewing venom against Muslims on social media don’t represent Indian society. It is here that the campaign about Islamophobia becomes misplaced and intriguing.

Teaching tolerance to India is like carrying coals to Newcastle. Close to 200 million Muslims live in India. They live in peace, enjoying equal, if not preferential, treatment. No Indian leader has endorsed communal propaganda. Prime Minister Narendra Modi has upheld the unity of 1.3 billion Indians. The RSS chief, Mohan Bhagwat, said that: “If some people, out of fear or anger, refuse to follow the guidelines, it shouldn’t lead to blaming of their entire community”. He also decried efforts to create a wedge between the communities by cautioning, “Some people will use this anger to divide the nation.

We shouldn’t allow that to happen. Every sensible member should come forward to encourage their respective communities to follow the rules”.

India is safe for all its 1.3 billion people, including Muslims. We are all together in this fight against the virus. Unfortunately, we also face a challenge from a growing breed of “Modiphobes”. Many of them are Indian. For them, the removal of Article 370, which was applicable to Muslims, Hindus and Buddhists in Jammu and Kashmir, becomes an anti-Muslim act. The Citizenship (Amendment) Act, which doesn’t affect a single Indian, becomes anti-Muslim. This is because they are blinded by their hatred for Modi and so attempt to build a false narrative. And many well-meaning people end up falling for this.

(The article was originally published in Hindustan Times  on May 01, 2020. Views expressed are personal.)