(The article was originally published in Indian Express on July 12, 2022. Views expressed are personal.)

Indians were great warriors. From the epics to history, India’s story is full of wars and conquests. Empire building was seen as a virtue, through concepts like the Rajasuya. Over millennia, the concept of “dharma yuddh” (just war), a realist doctrine based on justice, peace and freedom, was developed.

Having conquered the neighbouring kingdom of Kalinga in a bloody war, Emperor Ashoka, the 3rd-century BCE ruler of the Mauryan dynasty, became remorseful and decided to relinquish war. “His Sacred Majesty began to repent of having conquered Kalinga, for the conquest of a land that had been free brings with it murder, destruction and the leading of people into captivity. This filled His Sacred Majesty with deep sadness and repentance… True conquest is the conquest of hearts with the help of the law of duty and piety,” his court chroniclers wrote.

This natural aversion to conflict and the urge for justice, peace and freedom dominated the thinking during the Independence movement too. After Independence, they became the articles of faith for India’s foreign policy.

That was the time of Cold War rivalry, with the world split into two blocs — the Western Bloc and the Soviet Bloc. Every country faced enormous pressure to choose sides. Instinctively, India chose to remain neutral,to the chagrin especially of the Western Bloc, which interpreted neutrality as siding with the other bloc. Annoyed Americans pejoratively called India “neutralist” and praised Pakistan as “a friend of peace, democracy and freedom”.

India stood its ground. Then came the Panchsheel, followed by the Bandung Conference of 1955 and the birth of the Non-Aligned Movement (NAM), all leading to India maintaining neutrality in global conflicts.

With two exceptions, one honourable and another dishonourable — the honourable one being sending its naval vessels to the Maldives to avert a coup in 1988, and the dishonourable one being sending its armies into Sri Lanka in the name of peacekeeping in 1985-87 — India never directly participated in the military conflict of another country. Indian peacekeepers were a part of UN Peacekeeping Forces in places like Sudan, Kosovo and Congo. But then, India determinedly avoided pressure to directly or indirectly get involved in any other conflict in the region or outside, including the Gulf War of the 1990s and the American wars in Afghanistan and Iraq after 9/11.

India’s stand on the Ukraine war must be viewed in this context.

There are no just wars in this age. The Ukraine war is no exception. The realists point out that the US and UK had marched their armies into Iraq on the flimsy pretext of its violation of a Gulf War-era ceasefire agreement and threatening the security of the Western powers. Putin did the same thing in Ukraine. Realism as a doctrine rationalises that countries go to war for internal and external reasons. While political scientists like John Mearsheimer and Henry Kissinger argued for the Russian invasion to be seen from a realist perspective and a solution found in accommodating Moscow’s concerns, the global political opinion has largely isolated and blamed Vladimir Putin for the war.

From the Indian perspective, the blame needs to be apportioned between both sides. But the need of the hour is to find ways to end the war. Realists also argue that wars between big powers don’t remain wars — they become issues of prestige.

The Ukraine war has now entered that phase. Putin wants annexation at any cost, while the Western powers see the protracted conflict as an opportunity to entangle and cripple Russia economically and militarily. Neither seems too bothered about the human costs.

India must take into account this reality. It must distinguish between neutrality as a romantic principle versus neutrality as realism. India’s neutrality had faced its first major challenge in China’s annexation of Tibet in the 1950s, which posed a direct threat to its northern borders. The Americans had hoped that India would realise its mistake and join the Baghdad Pact countries that included the UK, Pakistan and Iran, besides the US. But Nehru, as a romantic idealist, argued that one shouldn’t compromise with one’s principles simply because someone else had departed from theirs. This lack of realism, unfortunately, proved costly for India when China committed major aggression just a few years later and annexed large parts of Indian territory.

This is not to suggest that India should have joined CENTO or that it should take sides in the current Ukrainian conflict. There is another, more appropriate, example. At the time of the Korean War, as a neutral country, India was assigned the responsibility of overseeing the end of hostilities and a ceasefire across the 38th Parallel that divided that country into North and South Korea. It was also mandated with the repatriation of war prisoners.

“In the two matters, the mediation of India made it possible for agreements to be reached. A great deal of courage was needed since each side was angry whenever any concession was made to the other, so that the pursuit of even-handed justice led to unpopularity with East and West alike. For my part, I thought the decisions of the Indian authorities as regards Korea came as near to impartiality as is possible,” wrote Bertrand Russell.

Today, India enjoys great respect in the world. Can it use that goodwill to convert its neutrality into realist action to end the war? 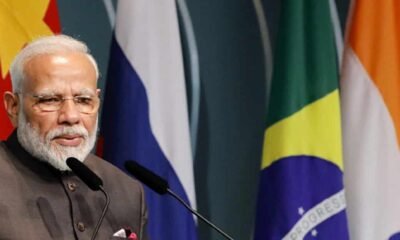 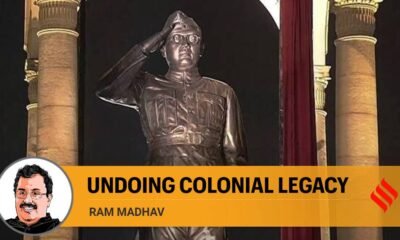