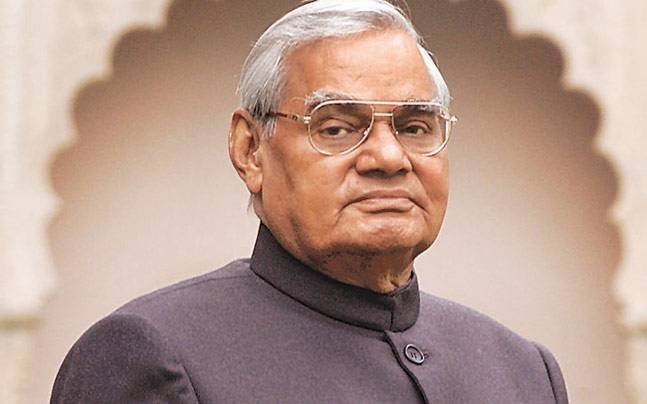 Leaders are remembered for their oratory. Martin Luther King is remembered for his “I have a dream” speech, Winston Churchill for his scintillating words, “We shall fight on the beaches, on the landing grounds, in the fields and in the streets. We shall never surrender”, in his “Our finest hour” address to the British Parliament in 1940, and John F Kennedy is remembered for his inaugural speech as the President of the US in which he called upon his fellow Americans to “ask not what your country can do for you, ask what you can do for your country”.

Atal Bihari Vajpayee, India’s 11th, 14th and 15th prime minister, belonged to the category of leaders who are exceptional orators. Churchill was famous for his lucid English, short sentences and choice of powerful words. Vajpayee’s oratory was stirring at one level and heart-warming at another because it was laced with poetic expressions. His poetry was his added strength. “I might become an ex-prime minister one day. But I shall never become ex-poet,” he used to say.

His famous address in the Lok Sabha while demitting office after his 13-day government lost majority in 1996 was one such memorable address. He remembered the occasion when Prime Minister Narasimha Rao sent him to the UN as the head of the Indian delegation. Vajpayee was the Leader of the Opposition at that time. “The Pakistani delegation was surprised at seeing me there,” he said adding, “In their country, the Opposition never cooperates with the ruling party even in a national cause. They always try to pull each other down. That is not our tradition or character”.

Then came his thunderous eternal message for politicians: “Power games will go on. Governments will come and go. Parties will be made and unmade. But this country and its democracy should flourish eternally,” he said, winding up his speech before announcing his resignation. This brings out the most important facet of Atalji’s personality — he was a quintessential democrat. Democracies can’t survive authoritarianism or recalcitrance from parties on both sides. Cooperation and consensus are key to the success of a democracy. Ataji, whether he was in the Opposition or the ruling party, embodied these virtues.

Atalji was an enigma to many during his lifetime. He endured the harshest criticism from his own people. One of his ideological fellow travellers once publicly described Vajpayee as a “petty politician playing into the hands of his policy advisers with doubtful credentials”. Some of his critics, like Khushwant Singh, used to describe him as a “right leader in a wrong party”. Atalji was neither. He was the most large-hearted and inclusive politician that India has seen in last seven decades. As for being in the wrong party, Atalji would himself dismiss it in his typical poetic style: “If the tree is bad, how come the fruit is good? If I am right, I can’t be in a wrong party and if my party is wrong, I can’t be right”.

Oratory, no doubt, was Atalji’s asset. But his real strength was his silence. He used silence more powerfully than his words. Words he used to score political points, and silence, to build political consensus. A democracy of India’s size and diversity is governed well through building larger consensus. Atalji’s silence or his efforts at consensus building didn’t make him weak. He is rather remembered for some of the milestones in India’s history like catapulting the country into the league of nuclear powers or waging a decisive war against Pakistan at Kargil. His stern message to US President Bill Clinton on the eve of the Kargil war was, “We will get them out, one way or the other”. His aide Brajesh Mishra would later reveal that “all options including nuclear” were open. On another occasion, Atalji had stood firm in refusing to send Indian soldiers to Iraq to join the US forces, despite acute pressure from the US.

As a statesman, he understood the inevitability of criticism in public life. During Atalji’s period, India followed truely conservative economic policies. The government shed its extra burden and there was a ministry for disinvestment. Banking, investment and taxation reforms created a favourable climate for the country’s economy. The result of all that was a return to healthy 8+ GDP growth starting in 2002-03, overcoming the challenge of the post-Pokhran sanctions. Atalji was criticised by opponents and a section of his fellow travellers for pursuing liberal economic policies. He took the criticism in his stride and allowed his commerce minister, Murasoli Maran, to negotiate harder at the WTO. But India didn’t leave the WTO, because Atalji believed that if the country were to become a global power it couldn’t stay out of global institutions.

Atalji’s politics was humane. Through his gentle demeanour he would win over the harshest of adversaries. That’s why when he spoke about “Insaniyat, Jamhooriyat and Kashmiriyat” as the way forward for Jammu and Kashmir, people trusted and loved him. He may not have been saying something new but he was saying it differently. His personality added weight to his words. If there is one national leader whom the Kashmiris loved the most, it was Atalji.

Coalitions are always difficult. Atalji had successfully managed a 23-party coalition for a full five years. Atalji’s humility was a big factor in his success. His politics took him to great heights in public life, his poetic heart weathered the storms and his humility made him the man of the masses. Reflecting upon his glory he once wrote: “Mujhe itni unchaie kabhi mat dena, gairon ko gale nahi laga sakun” (Never let me climb so high; That I am unable to embrace another stranger; Deliver me ever from such arrogance)”.

(The article was originally published in Indian Express on December 25, 2019. Views expressed are personal)