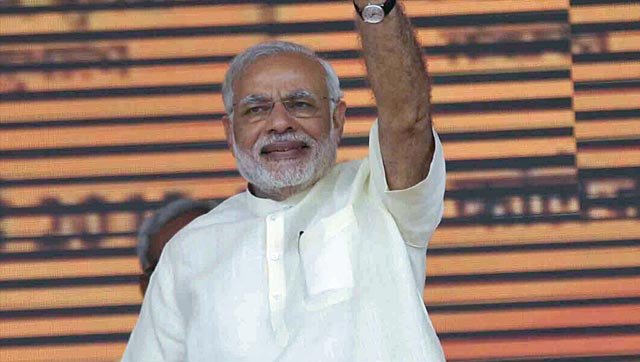 Unlike his previous engagements with the Indian diaspora on foreign shores, Prime Minister Narendra Modi will speak to a different crowd at the Dubai international cricket stadium on August 17.

The 2.6-million Indians living in the rich west Asian nation mostly have their roots in Kerala and Tamil Nadu, the two southern states going to polls in 2016 and where the BJP has yet to make gainful inroads.

BJP national general secretary Ram Madhav, a key organiser of the event, denied any political link to the Dubai show.

“This is not a political event. This is an event where the Indian Prime Minister will be talking to Indians working in the UAE and it has nothing to do with politics.”

Indian expats in the UAE represent a cross-section of society, he said. “They are multi-lingual and multi-religious. A large number of them are Muslims and many are Christians, too. This shows the unity of a diverse Indian diaspora in the best possible way.”

Indians abroad look at India differently nowadays, said Madhav, who was drafted into the BJP from its ideological mentor, RSS. “They have seen the change after the BJP government came to power. They want to get connected with their motherland. More investments are coming in, too.”

The Prime Minister never looked at the crowd profile before an address, he explained.

“Whether you are an Indian software professional in the US West Coast or a blue-collar worker in the Gulf, you belong to India. The Prime Minister treats both of them equally.”

Modi’s public events abroad have been a huge hit so far, starting with the rockstar reception he got at Madison Square Garden in New York last September and then in Australia.

The Dubai event is unlikely to be different as far as crowd enthusiasm is concerned because registration for the show had to be closed ahead of schedule after 51,000 people applied for seats at the 32,000-capacity venue.

The Prime Minister will visit the national monument of UAE, Sheikh Zayed Grand Mosque in Abu Dhabi, on August 17, before leaving for Dubai.