Talking about his journey, he says, “I came into the party and I was given the responsibility in areas which was godforsaken and BJP didn’t exist. We have 7 out of 8 States in Northeast are BJP led or BJP participated.

He further mentions about Kashmir by remarking, “Kashmir remains one of the contentious issues even today. Viewers will agree that it was not a problem created by us after we came to power. As far as article 370 is concerned, a large no. Of valley leaders are put under detection for varying periods. Nullifying of article 370 is a very brave decision by PM Modi and Home minister Amit Shah

“To manage the political and social fallout, these leaders were arrested. Let all of us encourage the grassroot leadership to rise,” were his words of encouragement.

“Fortunately or unfortunately, there is competition between India and China. The geopolitical competition with China is leading to Occasional strains between our neighbors. The NRC was meant for Identifying the genuine citizenship of India. CAA allows the fastracking of citizenship. Forum for dialogue in the democratic setup is the Parliament,” he commented. 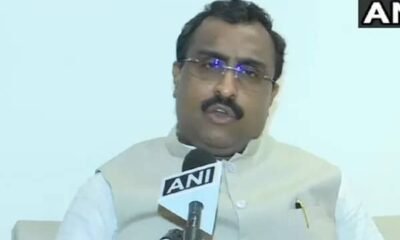 Make in India! We should reduce imports from other countries, specifically from China, says Ram Madhav