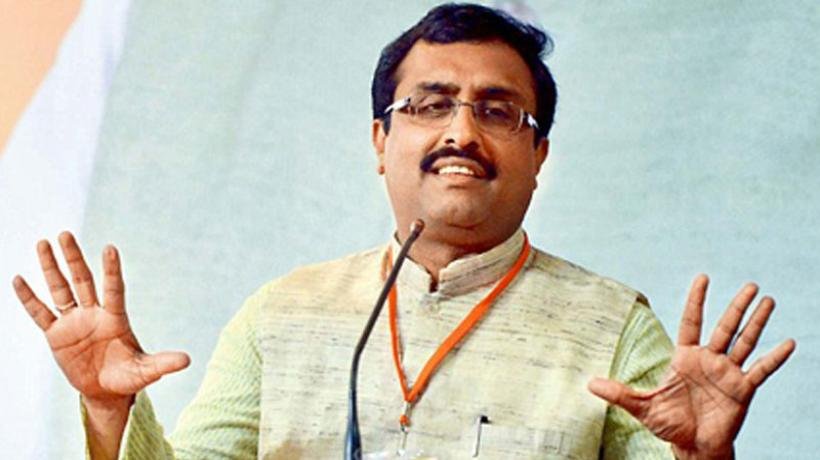 GUWAHATI: BJP’s national general secretary Ram Madhav’s Northeast tour seems to have paid off with the constituent parties of the North East Democratic Alliance (NEDA) falling in line. With such a development, both Madhav and NEDA convener Himanta Biswa Sarma are hopeful of winning at least 22 of the 25 Lok Sabha seats from the region.

After his Northeast tour, Ram Madhav said in the social media that there were hectic negotiations at Dimapur and Guwahati with senior leaders like Nagaland Chief Minister N Rio, Assam Chief Minister Sarbananda Sonowal, Meghalaya Chief Minister Conrad Sangma, Manipur Chief Minister Biren Singh, Arunachal Chief Minister Pema Khandu and NEDA convener Himanta Biswa Sarma. The NEDA, in the company of other leaders, have finally sealed the alliance and electoral understanding between the BJP and all major parties in the Northeast, he added.

The BJP, NPP, NDPP, AGP and BPF will fight together in Assam, Nagaland, Meghalaya, Manipur and Arunachal Pradesh with the mission to defeat the Congress.

“In Tripura, the BJP will fight the elections along with IPFT,” he said, adding that in Sikkim, BJP’s alliance will be with the SKM, the main Opposition party.

This alliance, according to Madhav, has the potential of winning not less than 22 out of 25 seats in the region and playing an important role in seeing Modi as the PM once again.

Meanwhile talking to the media in Guwahati on Wednesday, Sarma said: “We hope to give at least 22 seats from the Northeast for Prime Minister Narendra Modi to be the premier for the second term in a row. Modi making it to the PMO again is a must in the national interest. National BJP general secretary Ram Madhav’s tour to the region has given a concrete shape to the NEDA. We’ve alliance with the National Democratic Progressive Party (NDPP) of Nagaland and reached some sort of understanding with the NPP in Meghalaya. Hundred per cent alliance with the NPP is simply not possible. We may have friendly contests with NPP in some constituencies. We’ll be seen together with the same spirit during the poll. Our purpose is to send the maximum number of MPs possible from the Northeast to ensure that the Prime Minister gets his second term in a row. We’re hopeful of winning 22 of the 25 Lok Sabha seats in the Northeast.”