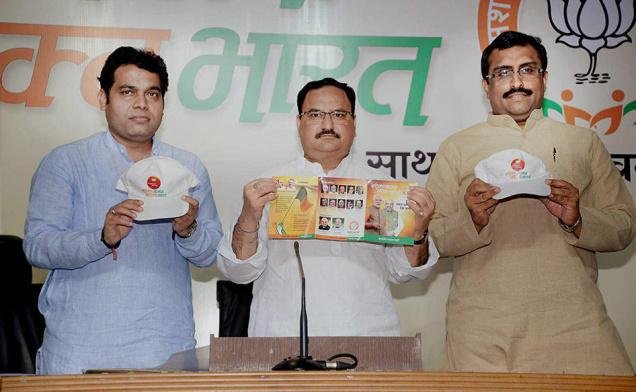 Modi will renew membership as part of initiative

Determined to convert its electoral success into expanding the party’s mass base, the BJP is set to launch a new membership drive to add “recording-breaking” numbers to its current strength of 3.5 crore members.

To launch the drive, titled “Sashakt BJP, Sashakt Bharat”, on November 1, Prime Minister Narendra Modi’s membership will be renewed by party president Amit Shah, who too will renew his primary membership.

Besides manually filling membership forms, the party will facilitate the drive by encouraging online/mobile registration. To inaugurate this service, Modi will send a text message to Shah and renew his membership.

“We have found a new strength and, in Narendra Modi, a true mass leader. People want to follow him and the BJP will make all efforts to convert this enthusiasm into a mass movement for a transformation in the national character.

According to Nadda, the new members will be automatically located and linked to their respective polling booths to aid in the party’s efforts to strengthen its base from the primary electoral unit.

The BJP is holding three separate workshops — the first to cover its southern and western units on November 29 in Bangalore, the second for northern and central units in Delhi on November 30, and the third in Kolkata to cover the eastern and north-eastern units.

However, the party does not seem to have a screening process for its new members.

“For the moment, the priority is to increase our strength. The process of filtering and screening new members gets automatically done when primary members become active members,” said Nadda.