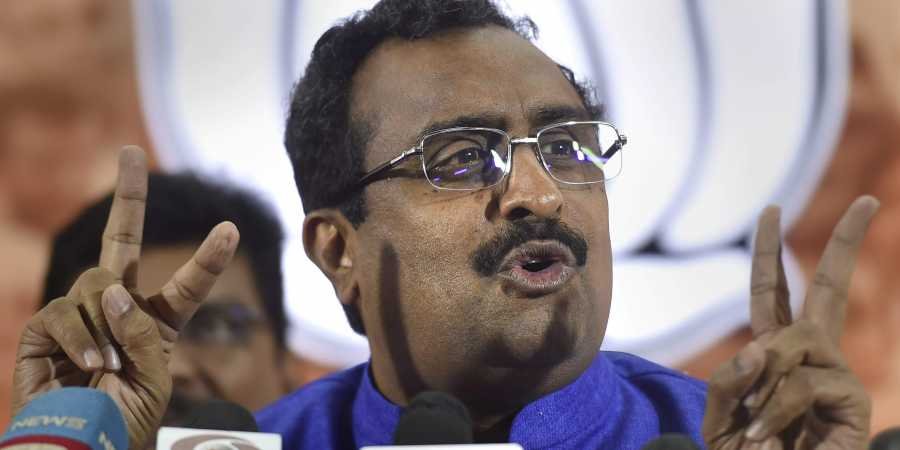 Taking a dig at the Opposition rally on Saturday, Madhav said. ‘In the rally of Kolkata, they accepted that they have come together but do not have any plan.

Referring to the show of unity by regional titans on a common platform in Kolkata on Saturday, Madhav said: “All corrupt political families have ganged up against Prime Minister Modi.”

Madhav, who was addressing media persons here, said: “In the rally of Kolkata, they accepted that they have come together but do not have any plan.”

Top leaders of as many as 20 parties joined Kolkata rally organised by West Bengal Chief Minister Mamata Banerjee where they stressed the need for working unitedly to defeat the BJP in the coming Lok Sabha elections.

“The projects that were started are ready to be launched and inaugurated by Prime Minister Modi. Projects worth Rs 35,000 crore will be inaugurated in Jammu alone.”

With regards to the Lok Sabha polls, Madhav claimed that the BJP is ready for the assembly elections and the rally in Jammu will play an important role in that regard.

“We will launch our campaign for the upcoming Lok Sabha and assembly polls in the Jammu. We are ready for assembly elections. It is up to the Chief Election Commissioner to decide the dates,” he said.

Elaborating upon the plans that the party has for the state, he claimed: “We had a roadmap for Kashmiri Pandits’ return during our government in the state but that could not happen due to some security reasons.”