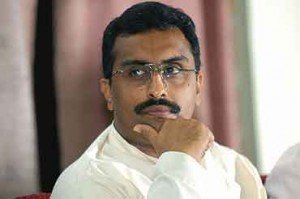 SharA historic battle is in the offing between India’s ruling Congress Party and the principal opposition party the Bharatiya Janata Party, BJP.

Interestingly, the battle is historic in the sense that it is all about historic legacy. “What is history after all; it is a fable mutually agreed upon,” Napoleon Bonaparte famously quipped once. His prophetic words are coming out to be true in India now.

The battle over the historic legacy of a great leader of India’s Independence movement and India’s first Deputy Prime Minister, Sardar Vallabhbhai Patel is a bit intriguing because the leaders of the ruling Congress Party launched it. India’s Independence movement had several leaders of national stature. Two among them, Jawaharlal Nehru and Sardar Patel, occupy position and stature next only to Mahatma Gandhi.

In over six decades, such questions about the historic legacy of these leaders have never been raised by anybody in India. Historians and commoners alike generally concluded that while Jawaharlal Nehru represented a liberal, western worldview, Sardar Patel was a conservative and quintessential Indian leader. In the political realm also, the principal parties, the Congress and the BJP, have always identified with each of them respectively.

The Congress Party is largely seen as the pocket borough of the family of Nehru and his daughter Indira Gandhi. Even to this day, the Nehru-India family rules over that Party. Most of the Government Welfare Schemes and infrastructure projects in India are routinely named after the members of the Nehru – India Gandhi family whenever the Congress Party is in power.

On the other hand, the BJP, and its previous avatar the Bharatiya Jana Sangh, BJS, have always identified their politics with Sardar Patel.

One of its senior leaders, Lal Krishna Advani, India’s Deputy Prime Minister in Atal Behari Vajpayee’s government during 1998-2004, acquired epithets like “neo-Sardar” and Loh-Purush (“Iron Man”) etc. Iran Man was a nickname given to Sardar Patel by his admirers.

In this background, Prime Minister Manmohan Singh’s recent statement stating that Sardar Patel belonged to his Party and by implication the BJP had no right to inherit his legacy raised many eyebrows, and of course hackles from the main Opposition Party.

Prime Minister Singh’s new interpretation of history is seen by many as a desperate attempt to prevent Narendra Modi, India’s most popular leader today and the candidate for Prime Minister’s post from the BJP, from trying to usurp Patel’s legacy. Modi, on his part, declared that he would be building a statue for Sardar Patel in his home State, Gujarat, (Incidentally Modi is the current Chief Minister of Gujarat). Being built in the backwaters of a big dam in Gujarat, this statue, when completed, would be taller than the famous Eifel Tower in Paris.

Prime Minister Singh’s statement kicked up a political storm with the BJP questioning the Congress Party’s sudden love for Patel, and reiterating that the legacy of all great leaders of Independence should belong to the entire nation. The Congress Party leaders harangued that the BJP has no moral right to invoke Patel’s legacy as he was a leader of the Congress Party and was the one who had banned the ideological mentor of the BJP and India’s biggest voluntary Hindu organization, the RSS.

Sardar Patel, who was caught in the middle of this history storm, was in fact the leader who had enjoyed more popular support than Nehru at the time of India’s Independence. Had the Congress leaders been allowed to follow their constitution, Sardar Patel would have become India’s first Indian Prime Minister in 1946.

His name was recommended by 12 out of 15 provincial Congress units, which was the mandatory requirement for the election of the President of Congress Party, who would in turn become the Prime Minister of India in the Interim Government.

However, Mahatma Gandhi, the mentor of the Congress movement, got Patel to withdraw his nomination and support Nehru for the post. Thus, Nehru, instead of Patel, became the first Prime Minister of Independent India. The other contention of the Congress Party that Patel had banned the RSS, the ideological mentor of the BJP, also flies away in the face of the facts.

Patel had banned the RSS for a few months on the charges of conspiring in the murder of Mahatma Gandhi in January 1948. But in less than a month after the murder, he conveyed to Prime Minister Nehru that there was no evidence to link the organization with the said murder. Within a few months, he ordered the revocation of the ban on RSS too.

Whatever be the reason, the controversy stoked by the ruling Congress Party is causing more damage to it than helping it. With more and more facts about an utterly uneasy, if not hostile, relationship that had existed between Nehru and Patel in the last few years before Patel’s demise in 1950 tumbling out, the Ruling Party is faced with more uncomfortable questions than probably it had anticipated.
Ram Madhav is Director of the India Foundation, Delhi, India. Follow Ram on Twitter @rammadhavrss.