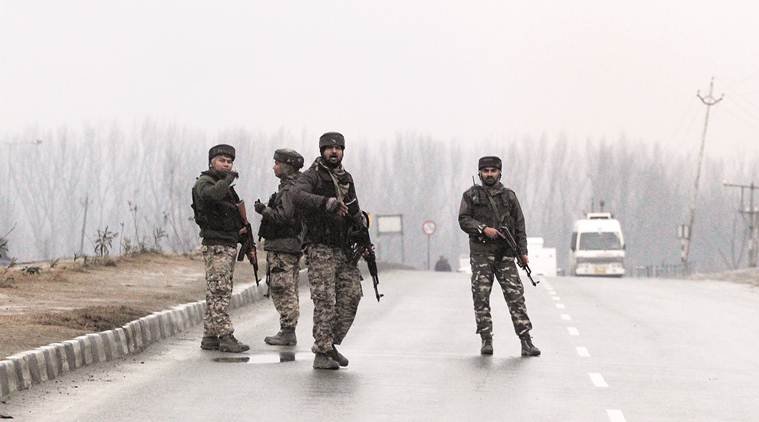 India has many neighbours. But Pakistan is different. It is a neighbour that is singularly focused on harming and harassing India, irrespective of whether it benefits or damages its own interests. One former prime minister of Pakistan had once declared that Pakistanis would eat grass in order to fight with India for a thousand years.

Dealing with such a neighbour is not easy. Not just India, other neighbours, too, realise this. Afghanistan’s foreign ministry recently complained to the UN Security Council against Pakistan’s direct engagement with the Taliban bypassing the Afghanistan government, saying that it not only undermines ongoing peace efforts but violates Afghanistan’s national sovereignty and UNSC Resolution 1988.

In a recent suicide attack, 27 members of Iran’s elite Revolutionary Guards were killed. The chief of the Revolutionary Guards, Major General Mohammad Ali Jafari, has accused Pakistan of providing safe havens to the perpetrators. “Why do Pakistan’s army and security body give refuge to these anti-revolutionary groups? Pakistan will no doubt pay a high price”, warned Jafari.

Pakistan is today like a cantonment or a military barracks, run by its military and ISI leadership. “The military-industrial complex was one of Pakistan’s binding forces, alongside Islam, national pride, suspicion of India and America,” writes Steve Coll in Directorate S. The deadly combination of military, Islamist radicalism and hate for India has wreaked havoc for India over decades. Zulfikar Ali Bhutto had talked about bleeding India through a “thousand cuts”. Pakistan continues with that policy, irrespective of who occupies political power, a power that is just notional, as the real power is wielded by the army and the ISI.

That Pakistan has emerged as the global epicentre of terrorism is no longer a revelation or a secret. The entire world knows about it. One can see it in the US White House statement after the ghastly attack at Pulwama on the CRPF convoy.

“The United States calls on Pakistan to end immediately the support and safe haven provided to all terrorist groups operating on its soil, whose only goal is to sow chaos, violence and terror in the region,” read the statement issued by Trump’s press secretary. No ambiguity, no “alleged”, but an affirmation about the existence of terrorist groups on “its soil”. The UNSC stopped short of naming Pakistan, but it too openly blamed the Jaish-e-Mohammad, an organisation based out of Bahawalpur, Pakistan, for the Pulwama attack.

Pakistan must be made to change. It calls for global consensus. Tragically, we lack global consensus even on the definition of terrorism. Guided by self-interest, the US and China have both ended up patronising the monster in Pakistan, namely the military-ISI establishment. The Pakistan leadership has mastered the art of doublespeak and deception.

Kashmir occupies the centrestage of this conflict as far as India is concerned. Unfortunately, India has a huge problem with the regional narrative in the Kashmir Valley that helps Pakistan enormously. That narrative is one of separatism — soft or hard depending on the situation — alienation and victimhood. Kashmiri regional satraps are not fully reconciled to the fact, even after 70 years, that they are an integral part of India and are like any other citizen of the country. They consider their relationship with India to be special, in which they had made a huge sacrifice in 1948 by choosing India over Pakistan, and hence the Indian state and people should ever be grateful to them.

Generations of Kashmiris have been fed this fallacy by the Kashmiri regional leadership. That not just J&K, but more than 540 independent kingdoms and princely states had joined India in 1947-48 under the same document called the Instrument of Accession; hence they are an integral part of the country — is not what these eminences in the Valley teach their people. Instead, to showcase their special status, they brandish Article 370 of the Indian Constitution. This Article, inserted as a temporary and transient provision, has lived far too long. It only helped perpetuate the sense of alienation and separatism in the Valley. Mind you, even though this Article is applicable to the entire state of J&K, one doesn’t find alienation or separatism in its other parts, like Jammu and Ladakh. The leadership in these regions has ensured that the people there fully integrate with the rest of India.

The ordinary Kashmiri is like any other citizen, but the leaders are the ones who turn him into a terrorist or a separatist or a stone-pelter. Article 370 can go whenever the government of the day decides. All that is required is a proclamation by the president of India. But of greater importance is to tackle these leaders in the Valley who continue to peddle the separatist narrative.

We have given them too long a rope, in the hope that the greater the engagement, the better the integration process would be. Sadly, while large sections of the Kashmiri people wholeheartedly internalised their Indianness, the regional satraps are busy stoking separatist fires. The time has come to make them irrelevant in the Valley. Just like in the other two regions of the state, the dominant narrative to be encouraged in the Valley should also be one of Indianness.

It puts the onus on the rest of the country — its leadership and people alike. The people of India must remember that when they say “Kashmir is ours”, that also means “every Kashmiri is ours”. If he is misguided, lead him; if he is mischievous, punish him; if he is treacherous, banish him. But instill India in him. A billion plus population can’t be so powerless in tackling a handful of terrorists and their masters; but the real power lies not in hating every one, but bringing them to the right way.

“Kartum akartum anyatha kartum shakyate” — this is how power is defined in ancient Indian wisdom. “It will do, it will undo, and it will do otherwise”. Doing good, undoing bad and transforming bad into good is what is described as real power.]

(The article was originally published in Indian Express on February 26, 2019. Views expressed are personal)