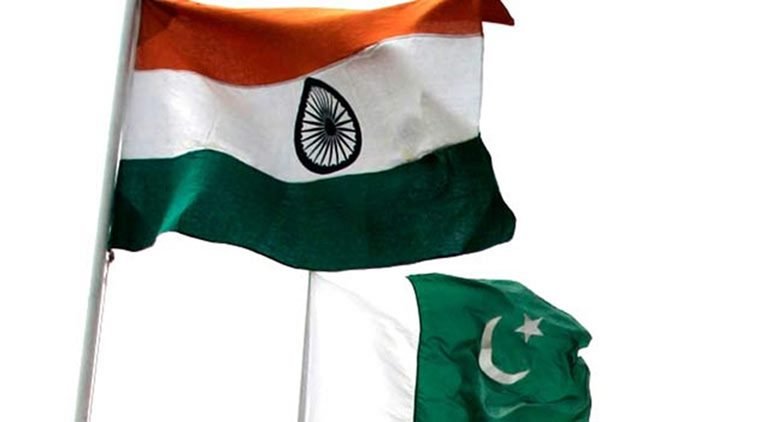 As is said, the terrorist has to be lucky just once, whereas the security forces have to be lucky every time. Despite best efforts by our security forces, the country couldn’t escape a couple of incidents of terror, at Pathankot and Uri. The important point to bear in mind is that at a time when terror has struck many European and American cities, India has largely remained terror-free in the last couple of years. It is a well known fact that Prime Minister Narendra Modi has made sincere and genuine efforts to convince the neighbor of the futility of supporting, sponsoring and launching terror. He has met Pakistan’s Prime Minister Nawaz Sharif a couple of times in the last two years. He made an impromptu visit to Lahore on his way back from Kabul. The two prime ministers met in Russia and decided to have a three-tier dialogue process set in motion between the two countries.

But then came the infamous Pathankot attack, where the Pakistani terrorists had succeeded in penetrating into the Indian Air Force base and held on for close to 72 hours, until they were neutralized. Pathankot was the first major terror challenge thrown at PM Modi by Pakistan. The Indian government had tried one last time to deal with it in the conventional manner. It went so far as to even allow Pakistani investigators access to parts of the attack site.

Despite the Indian government’s overtures, Pakistan remained a nation committed to terror, lies and denial. Sadly, it allowed an olive branch extended by PM Modi to lapse. It didn’t realize that it was dealing with a different leader and a different government. Pathankot and the aftermath was the proverbial last nail. Any further misadventure from Pakistan was to receive a tough response from India. Uri was more than a misadventure by Pakistan. Killing 18 soldiers inside a military camp situated a couple of kilometers inside the LoC is nothing short of a war crime. If terrorism becomes the state policy of a rogue nation, victim countries are left with very few options. Uri too has left India with very limited options.

More than the military might, it was the political will that was challenged. When I used the phrase, “For one tooth the entire jaw”, at one level, I was giving vent to the strong popular anger and resentment, but at another level it meant that the government should now go all out to end this menace. The prime minister had on Day One made it clear that this time the perpetrators shall “not go unpunished”. In a way, barring the usual gang of peaceniks and mombattiwalas, largely the country and the government were on the same page with regard to responding to this misadventure by Pakistan.

Normally, it couldn’t have come at a more difficult time — the United Nations was in session. But the Indian government saw an opportunity in this difficulty. A multi-pronged action plan was quickly put in place wherein a diplomatic offensive was launched together with a publicity overdrive.

India’s aggressive response to Prime Minister Nawaz Sharif’s lies at the UN was a clear indicator of the things to come. It didn’t mince words, called Pakistan the host of “the Ivy League of terror”, described it as the “global epicenter of terrorism” and finally the young IFS lady officer, exercising the right of reply, thundered, “What we see in Pakistan, Mr President, is a terrorist state.’.

Naming and shaming Pakistan globally, isolating it on the diplomatic front and acting against terror targets were all a part of the multi-pronged strategy devised by the government. Leaving behind the policy paralysis of yesteryear’s and the so-called “strategic restraint”, the prime minister has taken the battle right deep inside the Pakistan territory by talking to the people of that country directly.

In his Kozhikode address, the prime minister had spoken about the need for both the countries to fight against hunger, illiteracy and backwardness; but he had not precluded action against Pakistan. In fact he told the Indian army that 1.25 billion Indians were behind it and repeated his earlier statement that he wouldn’t let the perpetrators of the Uri attack escape punishment. Some peaceniks wanted to read a different message in it. Some of those who were sworn adversaries of PM Modi, started penning blogs too, praising Modi’s “restraint”. But before their ink could dry, the operations against the terrorists waiting at the launch pads across the LoC in PoK were successfully completed by the Indian Army in a midnight operation.

Uri has changed India-Pakistan relations significantly. They will no longer be the same for at least some time to come. War nobody wants; but the alternative to war is peace; not humiliation and terror attacks. The rants of some Pakistan ministers about the nuclear first-use show the rogue nature of that country, which is the worst proliferate in recent years. Nuclear war nobody wants but the world can’t be a mute witness to the nuclear blackmail of rogue nations.

Terrorism is a global cancer. It needs surgical intervention. India has done its part. It will continue to defend its borders and citizens from this menace in the same manner. But it is also time the world community exerts pressure on Pakistan; pressure not just to ask Pakistan to “behave”, but as External Affairs Minister Sushma Swaraj exhorted at the UN, if it doesn’t behave, throw it out of all international fora. That has already happened at the SAARC.

For Pakistan, terrorism has come as a cheaper option all these years. Time to make it costly for it.

(The article was originally published in Indian Express on September 30, 2016)