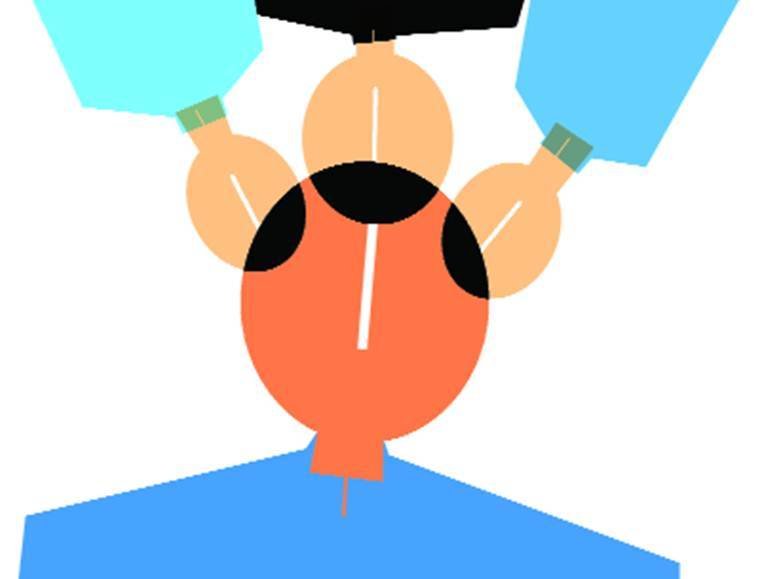 Abrogation of Articles 370 and 35A is a much-needed step for the complete emotional integration of people of Jammu and Kashmir with the Indian Union.

Nobody should complain because the abrogation of this discriminatory article has always been a running theme for the BJP and Jana Sangh. Nobody should have entertained any doubt that Prime Minister Narendra Modi, a leader possessing grit and determination, who was instrumental in hoisting the Indian Tricolour at Lal Chowk on January 26, 1992, would have spared this illogical entity in our Constitution when the appropriate moment came.
Article 370, which became history yesterday, has a notorious history. It was introduced into the draft constitution on by N Gopalaswami Ayyangar as Article 306A. Through this provision, Ayyangar had proposed that “Kashmir state” would have special powers to be excluded from the purview of the laws that the Parliament of India would make and also would have the power to make its own laws.

Why this discrimination?”, asked Maulana Hasrat Mohani, the member from United Provinces. Ayyangar gave an unconvincing reply, that there existed special circumstances in the state and hence the special provisions. He was challenged by members like Mohani who asked why different accessions were being treated differently. Ayyangar’s logic was bizarre. The Instrument of Accession’s relevance was limited to joining the Dominion, he argued, adding that what mattered for the Indian Republic that was going to take shape on 26 January 1950, was the decisions in the Constituent Assembly. He was no doubt clever in making this distinction between the Dominion and the Republic, but not logical.

Some five months before Ayyangar’s introduction of Article 306A, on May 27, 1949, another important discussion took place on the question of nominating members to the Constituent Assembly from Jammu & Kashmir. The rules said that out of the four nominations, two may be made by the ruler and two from the provincial legislature that was in existence before the accession. The rule was scrupulously followed in the case of all the princely states, whereas in the case of J&K, Jawaharlal Nehru insisted that the Jammu Kashmir Praja Sabha, the state legislature under Maharaja Hari Singh, shouldn’t be authorised to nominate the members. The Praja Sabha elections in 1946 were a fraud, insisted Nehru, and hence, he wanted the Maharaja to nominate all the four members through consultations with National Conference leader Sheikh Abdullah.

It must be noted that Sheikh Abdullah’s party had boycotted the 1946 Praja Sabha elections, refusing to accept Maharaja’s authority. While the rest of the country was fighting the British with Quit India as the mantra, Sheikh Abdullah had launched the Quit Kashmir agitation against the Maharaja. It was in him that Nehru had reposed his trust and got four members nominated — Abdullah himself, together with Mirza Afzal Baig, Maulana Masoodi and Moti Ram Baigra. It was this clique that had supported 306A when it came up for inclusion in the draft constitution.

With such a notorious background, one can easily imagine how illogical it was to continue with such a discriminatory article. In order to further strengthen Article 370 came another provision, Article 35A. Article 35A too found its way into the Constitution in 1954 in an unconstitutional and surreptitious manner, by bypassing the procedure for amending the Constitution as stipulated in Article 368. Article 35A was inserted not through parliamentary assent, which is mandatory for amendments, but through a presidential proclamation.

All this was happening under Nehru, whom the apologists never tire of projecting as a quintessential democrat. The credit goes to B R Ambedkar for inserting Article 370 in Part XXI of the Constitution of India, which is titled “Temporary, Transient and Special Powers”.

The Opposition’s argument that Article 370 was a link to the state’s accession to India is fallacious. The state’s accession had concluded on October 26, 1947, when Hari Singh signed the Instrument of Accession. Article 370, according to Ayyangar’s own words, took birth as a temporary provision because of the “special circumstances” in the state. The criticism by Congress is even more spacious because it is this party that has affected at least 44 amendments to this article in almost as many years.

This article had remained as an anachronism in our polity providing irrationally special powers to one state, which were being thoroughly misused by the regional leaders and parties. If Article 370 has benefited anybody in all these years, it is only the political leadership in the state. While the people have suffered from a lack of development, progress and prosperity, the leaders enjoyed a lack of accountability and enriched themselves. The last major industry to come into J&K was in the mid-1950s.

On the other hand, Article 370 had also become an instrument in the hands of the separatist and anti-national forces to propagate a lie that J&K was special and perpetuate sentiments of separatism in the Valley. Putting an end to this article was the much-needed measure for the complete emotional integration of the people of J&K with the Indian Union.

The decision to bifurcate the state is also a strategically shrewd move. It will insulate Ladakh from the happenings in the other two regions and provide for greater development of the region. The situation emerging in the western neighbourhood and the possible re-ascendance of the Taliban in Afghanistan call for greater attention and care to be taken in what will remain as J&K after bifurcation. Making it a Union Territory with a legislature makes a lot of strategic sense.

You say yes, when others say no; you do what others will not; you blaze trails; you always step up to a challenge; you make it happen; you raise the bar on what is possible; you are strong and powerful; you are a leader.” That is the kind of leadership we see in Narendra Modi and Amit Shah.

(The article was originally published in Indian Express on August 6, 2019. Views expressed are personal)