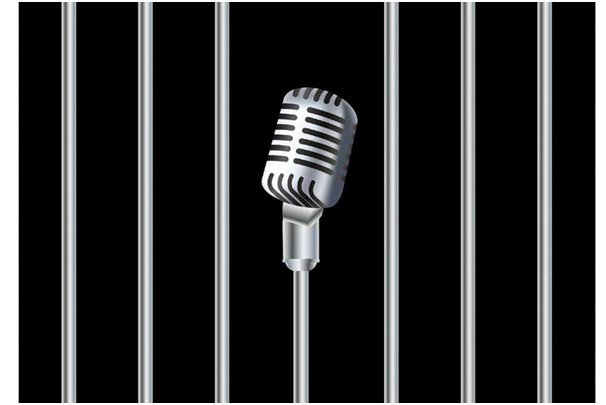 As a non-political young activist, I used to abhor phrases like ‘politics is the art of the possible’. I used to think that it is rank opportunism to think that way. This is because in the RSS, I had been trained to believe that it is ideology that should guide us at every level, and the ideology is all always in black and white. Four years into political activism, I today realise that the statement is probably true in the present-day milieu of politics.

Politics has today become an art that requires skilful handling. It is not a ‘political science’; it is the ‘art of politics’ today.

Conventional politics is a leveller. All political parties practise it, and many have mastery over it. Appeals to caste, creed, state, sex, race and religion form part of it. Money and muscle power are integral to it. Fiery political speeches often filled with lies and innuendos; targeting the ruling establishment with a singularly negative campaign and looking for potential trouble spots are the stock-in-trade of opposition parties, while ruling parties retaliate by resorting to populist schemes and the misuse of official mechanisms.

All these are perils of democratic systems. ‘Democracy is the second best form of governance. The best form is yet to be invented,’ commented a political scientist. It is nobody’s case that democracies are perfect systems. As Fareed Zakaria points out in his book, The Future of Freedom, there are democracies that can be described as ‘illiberal’ all over the world, while there are non-democratic or semi-democratic governments that are seen as benevolent and liked by their people.

Take the case of countries in the Middle East. Most of them are ruled by autocratic regimes. Give them democracy, and some of them may end up electing Osama bin Laden as their leader posthumously. On the other hand, there are countries like Bhutan, Brunei and the UAE where democracies are either very nascent or non-existent. Yet people in all those countries seem to be happy with their regimes. Even in countries like Singapore under Lee Kuan Yew or Indonesia under Sukarno and Suharto, it was an authoritarian form of democracy that was in vogue for many decades, largely liked by the people.

In essence, it is not so much about the form, but about the quality of the subjects, the people. Gandhiji used to fear that in a country like India with large-scale illiteracy and backwardness, there is a danger of democracy degenerating into mobocracy. It is not an imagined fear. The mob’s mind can’t be a rational mind. We have seen the catastrophic consequences of it in history. It shouldn’t be forgotten that even Hitler was elected through a popular democratic mandate.

When such situations arise, it is tempting to become rhetorical by resorting to clichés like, ‘A society gets a government it deserves.’ This may be true. Because that is how democracies function. It is the rule of the majority; moreover, there is no clear definition of a ‘majority’; hence the right description is that ‘it is the rule of first-past-the-post’.

The success of democracies lies in improving the quality of their citizens and as a consequence the quality of their representatives. Joseph Story, an eminent jurist and Congressman of the United States of America, had once wryly observed, “Republics are created by the virtue, public spirit and intelligence of the citizens. They fall, when the wise are banished from the public councils, because they dare to be honest, and the profligate are rewarded, because they flatter the people, in order to betray them.”

When democracies fail because of their people and leaders, what is the remedy? Apoptosis? Like kamikaze pilots, do we expect failed democracies to self-destruct? The answer is ‘no’. What we need is leaders who can continually reform and improve our democratic institutions.

Indians have never accepted the proposition, ‘A society gets a government it deserves.’ Instead, Indians believe ‘Rajah Kaalasya Kaaranam’: the ruler is responsible for the times, hence he must reign over it and mould it as per his wishes.

Democracies thrive on the strength of several institutions. Leadership of each institution is responsible for upholding the dignity of democracy. People, politicians, the judiciary and the administration, all have distinct yet complementary roles that ensure democracy’s success. If one institution shirks its responsibility, democracy is weakened to that extent.

The role of the judiciary is even more important since it enjoys utmost power as well as utmost freedom. In fact, in India today, the judiciary is seen by many as the highest beacon of hope. But then, it too has a hierarchy and this determines whether the much-adored institution will live up to expectations.

In India, the judiciary is passing through a rigorous test on this account. Some of its recent judgments have invited the serious attention of lay people and pundits alike. The Sabarimala verdict is one such case in question; so is the apex court’s reluctance to take up the Ram Janmabhoomi matter. Such a clear disconnect between the thinking of people at large and judges on the court benches is too conspicuous to miss.

Democracy, rule of law, peace and public order are not just the responsibility of the political establishment alone; they need the support of other organs of the state, especially the judiciary. Only then can the political establishment deliver and democracies flourish. When all institutions are functional, then will public affairs be a ‘political science’. Else, politicians will resort to what we call the ‘art of politics’, a phrase with many meanings, some beneficent but some potentially damaging.

(The article originally appeared in the OPEN Magazine on November 6, 2018. Views expressed are personal.)